Onboard Media, one of the leading purveyors and distributors of newspapers and magazines to the transportation industry, offers broad coverage, dependable service and highly competitive rates to domestic and international airline partners.

Founded in 2005 by the New York-based Glabman family, Onboard Media is directed by Jon Glabman, whose family has been in the service industry for almost 90 years, working exclusively with global airline partners for 50 of those years. Few airline services organizations in the world offer a comparable level of experience and long-term record of success.

All told, Onboard Media delivers hundreds of thousands of magazines a month and more than 30,000 newspapers a week to domestic and international airlines’ VIP and first-class lounges in U.S. airports, to U.S. and international domestic carrier cabins; and to over 50 private jet terminals in the country. 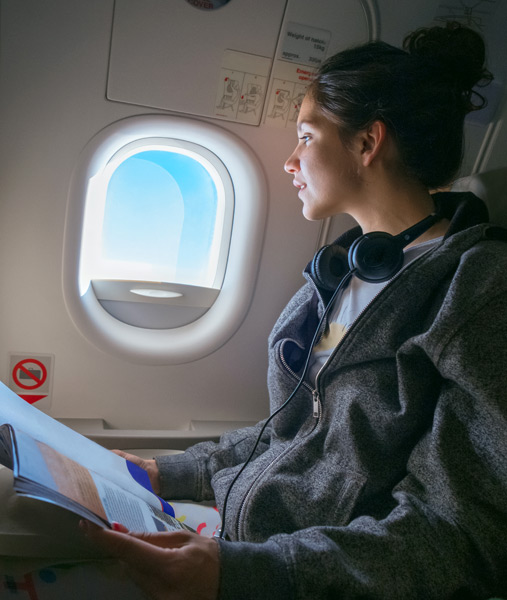 Onboard’s international ventures yield national and international coverage with about 100 airline customers and approximately 200 airport lounges worldwide. Domestically, Onboard reaches customers in all U.S. major markets as well as some regional airports. Collaborating with international affiliates, Onboard handles European countries including the U.K., Belgium, France and Germany. Further opportunities exist with Asian and Middle Eastern customers.

Based in Jericho, New York, Onboard Media is an active member of the Audit Bureau of Circulation (ABC). We proudly display our certificate of membership, and wholeheartedly support independent, third-party verification of circulation data. Further, the ABC has confirmed that Onboard’s validated, distributed copies within anticipated timeframes would properly qualify as paid programs by the ABC. Onboard also is an associate member of the Magazine Publishers Association (MPA).

Find out how Onboard Media can meet the needs of your airline travelers by offering daily local and nationwide newspapers as well as popular-interest magazines from publishers including Hearst, Time Inc., Conde Nast and many others.